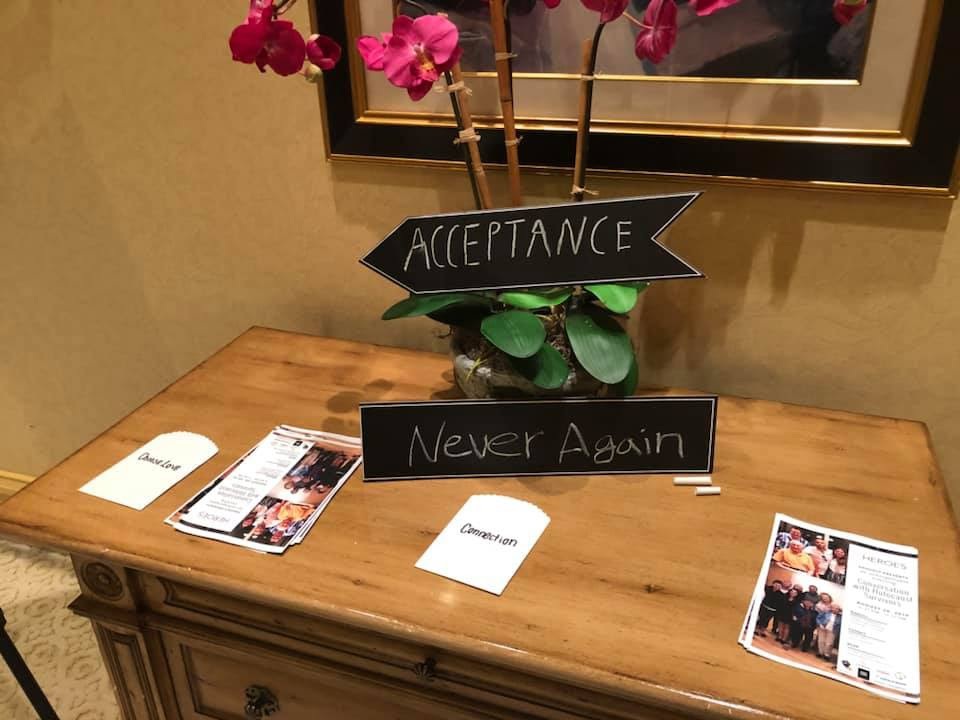 Danielle and I are Catholic; her dad (my former husband) is Jewish and, of course, had Jewish ancestors. We have no knowledge of their fate or experience with the Holocaust. Over the years I have felt a connection with the Jewish faith and have traveled to Israel. I know my ‘philosophy’ is too simplistic, but I have always thought in terms of the Jewish Old Testament and the Catholic Old Testament – spanning thousands of years – as the same. To my mind, that leaves us with approximately 33 years of ‘agreeing to disagree’ in terms of the Catholic New Testament.

The presentations by the survivors, followed by small groups of round table discussions with the survivors, was meaningful, inspiring, and educational. I did learn about the Holocaust in Catholic school and read books and articles. One of the most touching, and painful books is one written by one of the survivors at the event – Irene Weisberg Zisblatt – The Fifth Diamond. I purchased it that night and could not wait to get home and read it. A beautiful, yet heart-wrenching story about a beautiful woman and those she endured the horrors of the Holocaust with. A miracle anyone survived.

I was truly inspired by a common sentiment spoken by the survivors – they do not put forth hate or animosity. In fact, just the opposite – they advocate for a world of tolerance and understanding, with no room for hate and violence. Amazing! I would be remiss if I didn’t mention their spoken love of America; it was heart-warming to hear their gratefulness for and love of America. Their stories of courage and survival brought true meaning to the horrors of the Holocaust. There are no words strong enough to truly describe it – Never Again!

Danielle subsequently went to Washington, D.C. and visited the United States Holocaust Memorial Museum. Again, words cannot describe what she saw and the literature she brought back from the museum. One pamphlet she brought back explained the World Memory Project. There are millions of documents from World War II preserved in the museum that contain details about individual experiences. These documents are scanned and using unique software contributors help make these documents searchable by typing information such as names, dates, and locations into a database using their own computer.
I will be retiring at the end of this year. I’ve been reluctant to do so, wondering what I would do with my free time. As the saying goes – when one door closes, God opens another. I will be purchasing a new computer This week, obtaining the required software, and will begin entering information into the World Memory Project database. It will be an honor for me to play a small part in keeping the facts and history of the Holocaust alive and maybe even bring some missing information to a family hoping to learn more about their relatives who did not survive the Holocaust.
– Patricia Handler, Community Participant 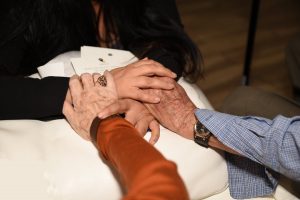 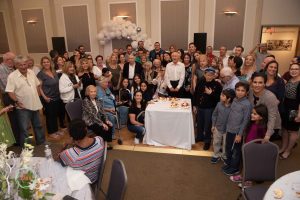 A movement that empowers Holocaust Survivors and spreads their message so that individuals can be inspired to live with acceptance and unity.